The case study examines a joint venture between Bristol City Council and the University of Bristol in the UK. Bristol is Open (BiO) aims at delivering research contributing to the development of a Smart City and “deploying a city-scale open and programmable testbed for experimentation and digital innovation” (Bristol City Council, 2016: 55). BiO started in April 2015 with both partners having equal shares in the company, but the collaboration ended in December 2019 with Bristol City Council taking full control of BiO’s operations. 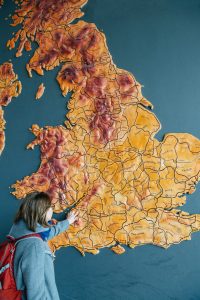 The City of Bristol has a reputation for innovation and led a pioneering role in digitalisation with the development of an open high-speed network that combines fibre, a wireless hetnet, experimental network technologies and a radio frequency mesh network deployed on 2,000 lampposts. After buying some underground ducting from a television company, it formed an ultrafast fibre optic network called Bristol network (BNet) which was a vehicle through which they could offer access to this duct infrastructure.

At the same time, the University of Bristol was developing an extremely strong wireless team and had become highly skilled in wireless technology with an advanced understanding of programmable networks and technology involved in the Smart City of the future. The two actors saw an opportunity in linking their two interests by putting the fibre in the ducting.

BiO has delivered several benefits for Bristol and its partners. It has completed many technical trials and experiments that have supported Bristol’s role as a world-leading 5G city. Its activities have enhanced the city’s profile for being a leader in the Smart City sector in the UK and internationally. This is evidenced by many awards won by Bristol City Council, including Smart City 2019 from the Global Mobile Awards and TM Forum’s Global Innovator of the Year. It has also helped organisations leverage grant funding from sources such as EU Horizon 2020 and BigClouT projects. Both the University and the Council are considered to be role models as various organisations have examined their way of working as a possible template to copy and emulate.

BiO was born from a synergy of interests between Bristol City Council and the University of Bristol. The two organisations came together to co-create something that neither side could have done alone. However, divergent interests have led to BiO changing its nature over time, ultimately leading to the end of the collaboration in December 2019.

There have been several collaboration challenges. First, there has been a shift in the focus of BiO over time. At the beginning, the spotlight was on pure research and development led by the University. After 5G had started to roll out as a semi-proven technology, a greater emphasis was given to piloting scalable projects to deliver services to citizens within the city. As there was less need for research, the University signalled it wanted to pull out of the arrangement. The Council, on the other hand, still sees value in BiO, its brand, and it being a business for profit. As a result, BiO’s agenda is now focused on developing a more equal society, providing open access to Wi-Fi, reducing the digital divide, and promoting the financial, environmental, economic, and social objectives of Bristol City Council.

A second challenge was the shift from the creation of a prototype testbed, which was developed in an environment that was almost completely free of industrial quality standards, into an environment where it needed to be a stable, operated system, maintained and upgraded regularly. BiO has moved from being a technology R&D platform to more of a marketing organisation for Smart City technology as a whole.

A final challenge of the collaboration was that, as a co-owned company with equal shares, neither organisation had full control of BiO. Each organisation had an equal number of Directors on the Board and the same amount of power in relation to strategic decision-making. To mitigate this, a non-executive chairman was hired to manage the Board and provide independent advice. He had a casting vote to make sure deadlocks were avoided.

BiO aimed at developing initiatives that solved existing problems by providing every resident access to technologies that are essential for their productivity, well-being, and enjoyment. It can be considered successful due to the research-related and prosocial outcomes it has achieved to date. Among the key factors of success are the initial conditions that allowed BiO to use an existing asset (ducts) for the fibre, its strong leadership demonstrated by the chief executive, and its public and private network which has brought added value to the future development of the Smart City. The chief executive brought experience and different skills from the telecom industry that additionally helped to drive the project.

BiO was created under a conservative UK Government, and successive governments have continued to provide support. In this case, innovation supersedes politics. BiO has been funded by local, national, and European governments along with academic research funding and support from the private sector.

It has been important for BiO to align the strategies, agendas, expectations and goals of the partners involved and to update its business plan annually while being careful to choose a management approach that allows the decision-making process to proceed smoothly. Our research suggests that there is a limited time span of such an initiative. BiO’s life cycle and divergent interests meant it had reached the end of its life as a joint venture. Nevertheless, the good relationship and collaboration between the two organisations will remain, albeit in a different form. Bristol City Council and the University of Bristol are both committed to continuing to work together where there are areas of mutual interest to support the vision of a Smart City.