‘Cohesive citizen plans’ in the municipality of Furesø, Denmark 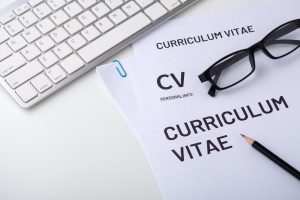 The ‘Cohesive citizen plans’ (sammenhængende borgerforløb, henceforth the CCP) initiative was launched in 2016 in the municipality of Furesø located close to Copenhagen. The CCP aims to strengthen collaboration, firstly, within the various administrations involved in services that target citizens with complex problems (long-term unemployment, physical and mental health, substance abuse problems, parenting, etc.) and, secondly, between the municipality and the citizen. Citizens with complex problems are normally the responsibility of several different administrations within and outside of the municipality. These administrations are based in different legal corpora as well as administrative and professional logics, but without much, if any, coordination. The CCP aims to strengthen collaboration mainly by three instruments: An individualized citizen action plan covering all activities, a team of cross-sector case workers, and so-called ‘network meetings’ in between the citizen and all professional parties involved in the life of the citizen.

The professionals working with the CCP operate with two roles that are unique to the collaboration. The first is the ‘coordinating caseworker’, who coordinates the documentation and orchestration of actions across sectors within the municipality (e.g. the jobcentre, social and health areas) and outside of the municipality (e.g. businesses, psychiatry) (Lange, 2019). The coordinating caseworker is responsible for the cross-sector collaboration for ensuring that the actions taken have a legal basis. Next to the coordinating caseworker the CCP also has ‘company consultants’ working with integrating the citizens in the local businesses. The second role is the ‘citizen consultant’, who works closely together in a highly trust-based relation with the citizen in estimating the needs for support and help the citizen preparing for the network meetings. The network meetings is where the collaboration between the citizen, the citizen consultant, the coordinating consultant, and other caseworkers and actors involved is organized. The goal of the meeting is to form or discuss the progress of the citizen’s plan (Lange, 2019). Other actors in the meetings can attend, depending on the complexity of the citizen’s problems.

The role of ICT systems in the casework plays an important role in the CCP, because this is where the citizen’s plan is registered. However, according to the interviewees the ICT systems serve mainly as a hindrance to the aim of designing and using a holistic and cohesive plan for the individual citizen. This is indicated in interviews to create problems at mainly two levels. Firstly, since there is no overarching ICT system in which the ‘citizen’s plan’ can be registered, the same plan is registered in all the sub-ICT-systems. Secondly, the multiple ICT-systems, as well as the legal clauses on data protection and sharing, such as GDPR, inhibits data sharing between the actors involved in CCP.

The citizen’s plan basically holds all actors that are involved to account by stating future actions and goals, which as mentioned is drawn up during a network meeting. The multiple activities from various sectors also entail that the ‘citizen’s plan’ is a composite mix of different legal frameworks that sometimes conflict with each other. This mix has raised issues of legal accountability in case the citizen wishes to file a complaint, because it may be unclear under what framework the complaint is filed. Four elements seem to underpin the ability of the coordinating caseworker to ensure the accountability of all actors: (1) The clearly stated long-term goals presented by the politicians and top management. (2) The premise that the plan is the plan of the citizen and not bound to sectorial logics. (3) The legal exemptions, and (4) Tensions can be addressed in the connected steering group of the CCP. Furthermore, the coordinating caseworker can meet the citizen as an authority figure in case of conflict.

Some of the interviewees highlighted that the CCP was highly dependent on the passionate engagement and competences of key managers and caseworkers, and expressed concern about that. Some of these concerns seem to have had real effects, resulting in reduced resources for the CCP, increasing the client/caseworker ratio, a lack of training for new employees, and little everyday awareness from the management and politicians of what is going on.

To read more about the case study, see D8.1 Networks of account-giving in long-term unemployment collaborations in five countries report.