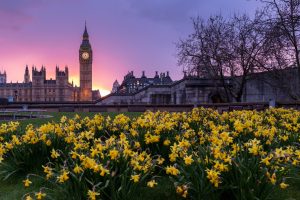 This case study examines the collaboration between the Government Digital Service (GDS), a unit of the UK Government’s Cabinet Office, and various UK Government departments, in implementing and delivering ‘Government as a Platform’ (GaaP).

GaaP aims to change the way government services are built, organised, and provided, by designing them in blocks dedicated to one specific function. Designed in such a way, it is easier to fix, upgrade, share, and scale components up. Moreover, GaaP creates new advanced components and makes the shift from duplication and disjointed silos to optimised, integrated, and interconnected easy-to-use applications that perform a range of tasks.

The concept of GaaP was originally set out by Tim O’Reilly (2010). Though it can mean different things to different people, it can be broadly defined as “reorganising the work of government around a network of shared APIs [Application Programming Interfaces] and components, open-standards and canonical datasets, so that civil servants, businesses and others can deliver radically better services to the public, more safely, efficiently and accountably” (Pope, 2019).

GDS has promoted the idea of GaaP since 2013 as the new vision for digital government that, through a common core infrastructure of shared digital systems, technology and processes, makes the process of building user-centric government services easier (GDS, 2014). In 2015, the UK Government made a significant investment (£450m) in three large business cases over the next five-year spending review period. Part of this investment was dedicated to implement GaaP. A business case was approved, and a Programme Director was selected to deliver its outputs.

GaaP has developed a range of components including:

This is just a sample of applications which have been built. There are many more and others under development.

A particular challenge for the GDS in trying to build services that run seamlessly across government was the lack of cross-departmental working within the UK civil service. In 2017, the GDS carried out research on how government services were developed and found variation between departments, often with silos between different areas and professions (House of Commons, 2019).

The different size of departments was also a challenge. Large departments, which managed a vast volume of transactions and highly specialised competences, have been able to shape their products to be more in line with their needs, compared to the interactions between GDS and smaller departments. There was also a risk of overpromising to departments that expected that GDS could address and solve all their needs.

An associated issue was the power imbalance created by politicians supporting the GDS who gave it power to impose its decisions over the other departments. The arrival of a new Minister and staff within the GaaP project led to a more participatory approach. This aimed at understanding the needs of the different types of teams delivering services in government, and what their common challenges were. As a result of this approach, the relationships across departments changed radically, and the collaboration started to be productive and constructive.

A final collaboration challenge was related to dependency and funding. The products developed were designed to be used by many departments and relied upon on an ongoing basis, but what would happen when that funding was no longer provided? There was also an issue of timing of when to engage in developing or adopting a new product, as some departments had existing external providers of products and/or contracts in place.

The UK Government is one of the most digitally advanced in the world as a result of GaaP and the transformation that has occurred since the digital strategies of 2012 and 2017. The GDS has led the digital transformation of government, and it is now a model that is being copied internationally. GOV.UK, for example, has an open code which has been reused by governments around the world.

One of the key enablers of success was the way in which the GDS gradually changed the way it interacted with departments and worked in a network, ‘community of practice’ style rather than in a dominating style. This meant that people interested in the same topics were motivated by the same aim of working together to build innovative products.

This shift in the way of working was possible because of two main factors. Firstly, the nature of the UK civil service where people change their role frequently made it easier to spread the message that the GDS had shifted to a more collaborative way of working. Secondly, GDS invested time and human resources working across departments (e.g. training days, conferences, conducting qualitative research, etc.) and talking to people around the country about their roles and aims. This helped to improve understanding across government about the potential opportunities and advantages of working in collaboration.

The case study shows that a bottom-up approach to collaboration based on voluntary participation can be effective, especially when allied with clear communication and being realistic about what the collaboration can achieve.