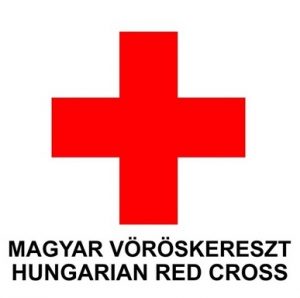 Description of the collaboration

The procedure for obtaining a driver’s licence in Hungary involves multiple interactions with both governmental and non-governmental agencies. In the light of the country’s e-governance strategy, the collaborations around the creation of driving licences have been reformed with legislation that came into force on 1st of February 2021. The objective is to reduce the burden of bureaucracy for citizens, to provide prompt transfer of data between the relevant agencies, and to provide a higher quality of service (including more accurate data transfer and better access for e-services).

Impact of ICT on collaboration

The overall aim for this renewed collaboration was to fully digitalize the bureaucratic procedure for obtaining a driver’s licence and replace the paper-based administration with the government’s cloud services.

The newly established first aid exam administration platform replaces the old procedures with the opportunity to instantly register the results of the exam and synchronize them with the government’s central registry. This creates a new national database for all first aid exams from 1st of February 2021, with a direct link to the central registry for driver’s licences. The system provides an easy-to-understand user interface mirroring the reformed administration algorithm. It incorporates solutions to facilitate accurate and prompt data input. For example, with a direct link to the central registry, first aid exam administrators can use auto-filling for personal data based on the client’s ID card number, or vice versa. The completion of the exam records is assisted by pre-filled information and pre-defined choices for different data. All inputs are instantly synchronized with the central registry’s database, making it significantly more efficient than the previous system.

Impact of collaboration on efficiency

This new development makes bureaucratic procedures faster and less prone to error. The development affects approximately 100,000 people each year, which is around 1% of the country’s population and will significantly reduce the number of in-person administration interactions.

Preliminary discussions between the Hungarian Red Cross (HRC) and the Ministry of Interior (MoI) began in 2017. After the recognition of common interests and goals, legislative preparatory consultations took place with the involvement of all actors, leading to an omnibus act CXVI. of 2019 about the “amendments to the law to simplify and digitalize certain administrative procedures”.  The new law changes and supplements the act on the Hungarian Red Cross (XL of 1993), elevating the collaboration to a new formal level (previously it was regulated by a governmental decree only). The legislation defines the scope of data recorded and authorises the HRC to communicate the results of the first aid exam on a digital channel to the central registry authority. In the new system, the government delegates authority rights to the exam administrative staff of the Hungarian Red Cross. This means that HRC has authority-level decision making competences in the official administration of the first aid exams for driver’s licences. This delegation of competence to an NGO is rare in the Hungarian public administration.

Reducing the number of in-person interactions is an important step considering the struggles to provide equal access to governmental administration services. Hungary has 174 districts (járás), each with a district centre providing unified services to the citizens. As the quality of road infrastructure can vary considerably, so to can access to district centres across the 3,155 settlements of the country. Given the poor state of public transport, physical access is an important, yet hardly addressed challenge. According to the last comprehensive report, citizens from 21% of all settlements can access their district centre only with a road trip lasting more than 45 minutes, while from 22 settlements, the travel time is more than two hours. Schedules also affect different areas unequally.

As the new system was only introduced on 1st February 2021, and COVID-19 restrictions affected the organization of the first aid exams, usage statistics are not yet available. However, the aim of the Hungarian Red Cross is to register 110,000 exams by the end of the year using the new system.

Impact of collaboration on red tape

During an average application process, nominees take a knowledge test, then participate in traffic practice lessons, before taking the traffic exam. To get their driver’s licence, a medical check needs to be done, as well as receiving a certificate from a successful first aid exam at the Red Cross. In the previous system, nominees needed to take all these certificates in person to the nearest Government Office to initiate the administrative process to obtain a driver’s licence. The authority then checked the validity of all these documents, a signature sample needed to be taken as well as an ID photo. The new system makes these steps unnecessary. The results are instantly submitted by all parties to the Central Registry with sufficient data authorization. The system automatically checks other criteria, e.g., the nominee has provided a signature and ID photo recorded for previous documents (ID card or passport) and is not disqualified from driving. If all requirements are fulfilled, the Central Registry automatically forwards the request to exhibit the plastic card, which will be then sent out by post or can be collected at the nearest Government Office upon the choice of the nominee.

The new driver’s licence administration platform is an important step towards digitalized governmental services and the development of the e-government prospects of the country. A second, more indirect consequence was to strengthen the decision-making competences of the private actors in the bureaucratic process, especially with the delegation of authority rights in their tasks.

According to the interviews, the renewed collaboration also has a strong, but less tangible and quantifiable significance for the Red Cross as it reinforces their position as an auxiliary humanitarian actor to the government and provides a more solid ground for collaboration in other areas. The Hungarian Red Cross already had a strong cooperation with different bodies of the MoIin the law enforcement domain (e.g., National Directorate of Disaster Management, National Police Headquarters and National Directorate General for Aliens Policing). This current initiative extends the spectrum of cooperation with MoI and provides an opportunity for an ongoing higher-level discussion around the role of the Hungarian Red Cross in delivering services to the citizens.

You can read the full case study here.

To read more about this research, see D9.1 – A Review of Efficiency and Red Tape in Public Sector Collaborations report.