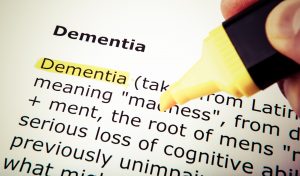 The project concerns the development and testing of a tracking technology which allows the possibility for dementia patients to walk around more freely. The whole process is organized and managed by Tante Louise, a large care organisation that has several departments in different locations (in total, Tante Louise has more than 1100 residents, mostly elderly people above 80 years old). The eHealth technology (a wristwatch and app with which the whereabouts of the patients can be traced) is used to provide elderly people with Alzheimer more freedom. The technology enables the nurses and the institution to trace the elderly better, thus giving them more freedom to move around. The technology fits in a policy of the organisation to work with life cycles. This means that a team decides how much freedom a specific patient can have. The aim is to grant as much freedom as possible, given the patient health and mental situation. If people can move around more, they stay fit longer both physically and mentally, the organisation argues. The organisation also emphasizes that the ICT tool is above all a supportive tool and that the most important element still is the (risk) assessment of the patient.

The eHealth innovation was an example of how such technologies can support health professionals, as personal health data is collected, stored and communicated between relevant stakeholders. In general, in health technology, patient data is used to provide more precise and personalized health care (e.g. personalized interventions, predicating and preventing diseases). In this specific case of health technology, a mobile device, mobile sensor, and wearables were used to increase the health and wellbeing of users. This device with sensor technology helps Alzheimer patients to walk around more freely again in a nursing home and outside the nursing home through GPS tracking, which would otherwise be impossible for those suffering from dementia. In that sense, the ICT technology is important and vital for the innovation. But of course, the level of use still has to be decided by the nursing staff in each situation. This is exactly the discussions that emerge in almost each location where the technology is introduced (thus how much freedom can be allowed, how do we have to adapt our procedures for giving elderly more space, what are the risks, etc.).

There was a public-private partnership between the ICT provider and health care organisation. The collaboration involved the joint product development, the implementation and the upscaling of the tool. The project started in 2014, in one of the elderly homes of the organisation (the organisation has several of these locations) and is still ongoing. Thus, the technology is used in more and more of different locations in the organisations.

The project was initiated by the foundation Tante Louise (who, as mentioned, has several separate elderly care locations at different places which are part of the foundation) and who acted as coordinator. Tante Louise created the idea to use tracking sensors for Alzheimer patients to give them back their freedom. The idea was created with two core partners: Patient organisation Tante Louise and Consyst, the latter being responsible for the ICT-knowledge. Together, they developed a pilot that was tested with users. From this pilot, user preferences were gathered and implemented to improve the design. The project is now up and running and various regional nursing homes investigate whether they can integrate this program as well into their own practices.

User involvement concerned particularly the involvement of the staff (nurses) who had to work with the app (and to a lesser extent patients), but also in some cases the family of the patients. The new ICT system demanded also a lot from the nurses. Users stated that there was a test-location and full commitment and financing support from Tante Louise. They also argue that the test-lab was organized by a highly involved ICT partner.

Thus, there was no shortage of available information for the involved users. Some of the input from involved users was used to change the ICT set-up. So, there was room to learn and improvise in this project and a relatively high number of users were involved in the process. Users (particularly nurses, and to a lesser extent the family of patients) were thus successfully involved, in a transparent manner and their involvement provided insights for the ICT partner in terms of user experience. Interactions were intensive, especially during the months of developing and testing (4-5 months), and this intense interaction was mentioned by several users as one of the success conditions.

The coordinators at Tante Louise had a clear vision of what they wanted to create and based on these decisions, the project build on piece by piece. Further interactions between individuals did not change this core idea. There was little extra exploring maybe apart from insights that resulted from difficulties in the implementation process. In that sense, this was a relatively small and not too complex project.

The implementation process is considered as successful by most involved people in the sense that the tool works and allows the organisation and its employees to make different choices in the case of elderly people suffering from dementia.

The following success factors seemed to be the most important in this project: