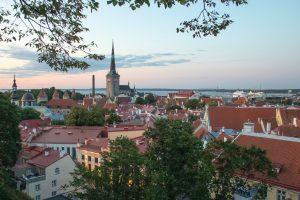 Tallinn Sustainable Urban Mobility Plan (henceforth Tallinn SUMP) reflects an attempt to overhaul the existing urban mobility framework. The project was initiated due to interest of key individuals from the Tallinn City Transport Department, Road Administration and Ministry of Economic Affairs and Communications. Through Tallinn SUMP, the citizen perspective is taken as the basis for designing an optimised reasonable substitute for private car transportation.

Tallinn SUMP began with a series of support surveys in the second half of 2016. The initial Tallinn Region SUMP concept paper was distributed and considered in 2017, and the following year was spent on discussions in different thematic groups to determine the vision, objectives, alternatives and choice of key measures with the relevant stakeholders. The main project was concluded in May 2019 with most relevant actors accepting and incorporating the end result.

Tallinn SUMP was implemented through collaboration between the Road Administration, the Ministry of Economic Affairs, and other departments within the City of Tallinn. The focus of the project was on reducing costs related to mobility and limiting the use of private cars by increasing the availability of other modes of transport.

Tallinn SUMP reflects an attempt to introduce an alternative mindset to urban mobility planning in Estonia, which aims to limit the negative environmental impact caused by urban transport. The goals were determined through a process of extensive engagement with various stakeholders to provide additional perspectives through seminars, workshops and surveys. Municipal and governmental actors were engaged during the process, as Tallinn SUMP applied to not only the City of Tallinn, but to the surrounding municipalities as well.

Conditions were assessed through analysis of supporting studies and existing datasets. This approach laid the groundwork for a common understanding of the problems and data-based decision-making for their solutions. Tallinn SUMP used its data to outline different possible future scenarios and the effects of potential decisions regarding urban mobility. Although most organisations were in favour of the ideas formulated in Tallinn SUMP, it has failed to be formally adopted by the Tallinn City Council. However, a subsequent Mobility Council has been formed to determine what steps can be put into action in order to achieve the principles set forth in Tallinn SUMP.

In the future, Tallinn SUMP will set the criteria for all transportation infrastructure projects taking place in the Tallinn Capital Region. In addition, Tallinn SUMP will be harmonised with the Helsinki Region transport strategy and plans, as there is a need to jointly address the planning and management of cross-border traffic issues like intensive goods logistics, truck traffic, and Estonian private cars approaching the Helsinki airport.

The inability to relegate leadership roles within each organisation led to considerable ambiguity. The lack of a regional level authority made it unclear whether Tallinn SUMP as an initiative should be managed by the national or subnational level.

Urban mobility in Tallinn involves tasks conducted by various departments having their own set of priorities. The project entailed little collaboration to determine joint priorities and this resulted in ambiguity regarding responsibilities.

The long-term scope of urban mobility planning made it very difficult to raise interest in the project and receive necessary support. The engaged organisations were more focused on short-term problem solving and considered Tallinn SUMP a low priority. Although the individuals, who were specifically hired for the initiative, demonstrated considerable commitment, the contributions of other participants remained mainly limited to official meetings. The support provided by the steering committee was also limited, which was a result of the unsuccessful attempt to attract numerous stakeholders in the project.

Strength of Tallinn SUMP was connected to the ability to initiate and maintain cross-organisational interactions, which motivated all actors to actively participate:

The project team attempted to establish communication through seminars, where all interested actors could participate and help in shaping a joint vision. Another key factor was undertaking steps to establish support from administrative and political leadership by setting up separate meetings and utilising the steering committee.

The use of expert opinions and data was an important factor in enabling the organisations to comprehend the current situation and the potential effects of decisions and actions. Tallinn SUMP engaged experts within the field to provide their insights which would foster the decision-making process, and help in setting boundaries for Tallinn SUMP. Additionally, foreign experts were engaged to share their ideas regarding practical implementation of the changes. Support studies were used to create objective sources of information which could be used as the basis for evaluating the current situation and possible next actions in the future.

Tallinn SUMP was the first attempt to bring along a more strategic approach to urban mobility planning in the city and the surrounding area of Tallinn. The project team made use of different measures to bring about a change in mindset, however, it brought mixed results. Although the organisations have made contributions and a mobility council has been formed to further the goals of the project, the ideas have yet to be translated into practical actions.

The following lessons from Tallinn SUMP initiative are important to note:

The existing local context proved relevant, as fragmentation within the municipalities and a lack of a regional authority made it difficult for the project to establish a solid leadership. This was additionally affected by the low prioritisation of Tallinn SUMP, which led to limited resources and an underestimation of the extent of the project.

The ambiguous leader role resulted in questions of accountability that actors were unable to resolve. Organisations lacked the authority to steer other actors, which resulted in unclear role designation and enabled actors to limit their contribution of resources.

The inability to meaningfully engage administrative or political leadership left Tallinn SUMP without the necessary backing to implement its principles within the relevant organisations.

Data analytics and expert opinions formed the basis for informed decision-making and enabled the project to avoid accusations of bias. This was achieved through the engagement and commitment of relevant experts.

Tallinn SUMP suffered from overreliance on certain experts in the project team, which resulted in personnel turnover becoming a problem. The project additionally failed to gain support from officials external to Tallinn SUMP, who saw the project team and its initiatives as an additional obligation with limited connection to their daily routines.

Changing an existing mindset requires consistent long-term action, which was difficult to achieve due to the temporary project organisation established for Tallinn SUMP and the focus on short-term problem solving within its relevant organisations.

Though the general principles of Tallinn SUMP have received some support, transitioning to the practical actions needed to achieve them has been an obstacle.