The Digitisation and Modernisation of the Belgian Civil Registry: A transition from a decentralized paper system to a centralized digital database 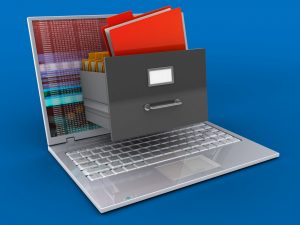 The Belgian Civil Registry contains information about the legal identity of all citizens. The launch of its digitisation in March 2019 meant the transition from a decentralised paper system that was in use since Napoleonic times to a centralised database that could be accessed from anywhere. A centralised digital database would enhance trustworthiness and enable information exchange between municipalities, courts and other databases.

A multitude of actors were included in this complex collaborative process, each with a particular interest in the Civil Registry. The Belgian municipalities were competent according to the constitution for the creation and storage of citizens’ civil service records and had been taking initiatives towards modernisation and digitisation of the Civil Registry for over 20 years. Other key actors included the Association of Cities and Municipalities and the Association of Civil Servants from each region of the Belgian federal state. The Ministry of Foreign Affairs was also compelled to collaborate, in order to make the Civil Registry available to Belgian citizens living abroad. At the Federal level, the project was organised by the Ministry of Justice and the Ministry of Internal Affairs. The Ministry of Internal Affairs is responsible for managing the National Register, another database that contains civil information about Belgian citizens. One of the core objectives of the project was to effectively link the Civil Registry to the National Register in light of the once-only-principle. A neutral coordinator was appointed to manage the collaborate process by the federal government in the Administrative Simplification Service, a division of the Chancery of the Prime Minister with some managerial autonomy and a mission to reduce administrative complexity for Belgian businesses and citizens. Finally, the private IT-business DXC was included for the technical coordination of the project.

The project was perceived as a success by all partners. While there were some tensions and conflicts, the digital, modernised Civil Registry is now operational and is about to be expanded to the courts and other judicial branch institutions. The project won a Belgian e-Gov award, which rewards the improvement of public service delivery by the use of digital technologies. The Administrative Simplification Service has consulted with several foreign administrations in order to provide advice on similar transitions of public services in their home countries.

The Civil Registry was drawn up in a coalition agreement and came with several legislative changes that were approved. Due to this political approval, leaving the collaboration was not possible, and the partners were compelled to actively participate. The collaborative process experienced some tensions and struggles for power between the partners. Partners were worried they would have to give up sovereignty on their existing competences.

Each partner had their own unique concerns with regard to decision-making within the collaboration. First, the Ministry of Justice recognised that a simplification of the Civil Registry could have implications for the legal consequences of the civil service records, and therefore wanted to be cautious in their decision-making. Second, the Ministry of Internal Affairs was responsible for protecting the operational functioning of their own database, the National Register. They had concerns that the integration of the new Civil Registry database and the National Registry database would affect the functioning of the latter and provoke significant problems for the economic and social functioning of the country. Finally, local municipalities and foreign consulates faced the biggest transition as to how their civil servants would manage to implement and use the new Civil Registry from abroad.

Another influential condition were the imbalances in IT capacity between the partners. Human resources and IT capacity were not evenly distributed among municipalities and foreign consulates. Additionally, the coordinator was able to influence IT developments more than the other partners because they had been responsible for contracting the private IT partner. The Ministry of Internal Affairs was also sometimes afforded more influence in discussions, as they had been tasked with the operational management of the Civil Registry database.

The role taken by the Administrative Simplification Service was an important success factor for the collaborative process. As they did not have a specific interest in any of the concerns of the other partners, they were considered to be an impartial actor. Their small size furthermore meant that they were not seen as a treat to other partners. Another success factor was the leadership of the coordinators, who anticipated the power struggles and conflicts that could occur throughout the transition. The coordinators made sure from the beginning that existing competences would be safeguarded, and local municipalities were granted thorough participation in the operational management of the system. Additionally, coordinators took on the role of ‘honest brokers’ by assuring the concerns of every party were addressed.

Preparing local municipalities and civil servants for the transition and establishing support among them was crucial as well. The leaders of the Associations of Civil Servants played an important role in this, by cooperating closely with the private IT partner to provide learning and participation opportunities in the form of informational meetings and workshops.

A final success factor was the overall flexibility of the collaborating partners. To keep the project moving and avoid conflict and deadlock, the coordinators took on a pragmatic approach and sometimes let practice precede consultation. This was therefore a more result-driven, or transactional, form of leadership and required the partners to adapt and make progress in situations where they sometimes wanted to be a bit more conservative.

A lesson learned from this case study is the importance of a neutral coordinator who can address the risks perceived by the partners in the beginning of the collaboration. Once the partners were engaged, the coordinator was able to demonstrate a pragmatic approach that kept the project moving and sought to avoid deadlock. The political approval and legal mandate of the coordinator gave him legitimacy to take on this approach.