Towards transboundary access to public services in the EU: The Danish implementation of the eIDas Regulation 2014 (eIDAS Reg. 2014) 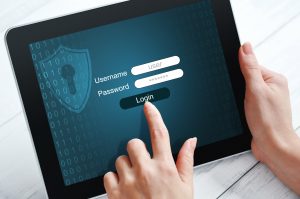 The overall aim of the eIDAS Reg. 2014 is to further consolidate the EU’s internal market for the production and exchange of goods, capital, labour and, most importantly, services. More precisely, it seeks to: ‘enhance trust in electronic transactions in the internal market by providing a common foundation for secure electronic interaction between citizens, businesses and public authorities, thereby increasing the effectiveness of public and private online services, electronic business and electronic commerce in the Union’ (eIDAS Reg. 2014, p. 1). The EU Commission, the Council and the Parliament regard a high level of trust in online services as vital to the EU’s economic and social development. Lacking trust and legal uncertainty may make consumers, businesses and public authorities refrain from carrying out transactions electronically and adopting new services. Such non-use may, in turn, be an obstacle for creating an efficient and competitive internal market, which is seen as vital to ensure the wealth and welfare of the EU member states and their citizens.

The eIDAS Reg. 2014 has been a case of effective implementation with rather limited collaboration. The Danish Agency for Digitisation has acted as the lead organisation in an informal network of ministerial agencies that showed a particularly strong interest in the possibilities for making some of their services available to citizens and companies from other EU member states. These agencies were: the Danish Business Authority, the Danish Tax Agency, ATP/Udbetaling Danmark, and the Danish Agency for Science and Higher Education.  The implementation process has focused on coordination and, in particular, extensive communication between the Agency for Digitisation as the lead actor and the other relevant ministerial agencies.

The collaborative process was a success in the sense that it accomplished its key objective, namely securing compliance with the eIDAS Reg. 2014 by September 2018. Yet, considering the collaboration in terms of its intensity, scope, and innovative effects, it was not very successful. With regard to intensity and scope, the collaboration suffered somewhat from an absence of a group dealing specifically with strategies and wider managerial issues, as well as its limited number of meetings and rather few active participants. The key reason for the rather limited element of collaboration seems to have to do with the concrete regulatory nature of the eIDAS Reg. 2014. The Regulation allows for a very limited interpretation, as member states are only obliged to provide a digital gateway for citizens and companies of other EU member states to access, but not actually use online services. Moreover, it is entirely up to the responsible public agencies to decide which services, if any, should be made accessible. In brief, the Danish Agency for Digitisation and to some extent several other ministerial agencies found quite understandably that considering this limited scope, the Regulation called neither for comprehensive collaboration nor for substantive innovations.

As stated above, the collaborative process was a nominal success in the sense that it accomplished its key objective of securing compliance with the eIDAS Reg. 2014. The implementation process was characterised by extensive communication, a good bit of coordination, and a certain level of collaboration. While the coordination and communication went well, the implementation process could have benefited from a clearer framework for the collaboration.

Firstly, the absence of a forum for strategic and managerial issues meant that these issues were mostly dealt with exclusively by the Agency for Digitisation. Discussions of these type occasionally spilled over into the working group. While it may have been overkill to establish a separate strategic group exclusively for the implementation of the eIDAS Reg. 2014, the Agency for Digitisation could have been clearer about when and where strategic issues were to be taken up. Namely, one of the key strategic issues had to do with the wider ambition of the EU to allow citizens and companies across the EU to access and actually use online public services across member states. This is expressed in the new SDG Reg. 2018, which will come into force in 2023.

Secondly, for the operational issues discussed in the working group, the process would have benefited from a clearer position on the actual requirements of the eIDAS Reg. 2014 earlier on. Considering the large administrative obstacles and financial costs involved in making available all services potentially accessible for citizens from other member states, the Agency for Digitisation could have been expected to have legitimately communicated the actual, rather limited requirements of the Regulation more clearly and earlier on in the process.

Thirdly, for the few agencies that did see a positive business case of making a wide range of their services accessible (notably the ATP/Udbetaling Denmark) the working group did not really provide a very fruitful forum for exchange of experiences because most of the other agencies simply did not have similar interests. This being considered, the Agency for Digitisation reportedly did respond very actively to those who did show such an interest in making several services available by engaging in extensive bilateral communication.