New publication: A Review of Efficiency and Red Tape in Public Sector Collaborations

We asked, you said, we did: an e-participation practice in the UK 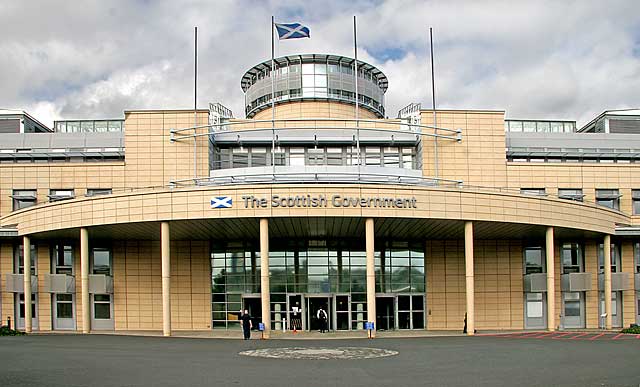 We asked, you said, we did is a feature of the platform called Citizen Space. It provides a mechanism for how citizens/stakeholders responses (You said) to an e-consultation (We asked) have been considered in the policy-making process (We did). It is provided by the private company Delib to more than 110 diverse organisations around the world (mainly in the UK, Australia, and New Zealand) including national and state governments, local authorities, healthcare, utilities, police, regulators and trusts. The focus of this case study is how We asked, you said, we did is used by the Scottish Government.

This e-participation practice promotes e-consultations and citizens/stakeholders’ involvement in policy design. It represents an easy way for stakeholders and citizens to express their opinions on a proposed area of work which aims to inform policy-making. In particular, We asked, you said, we did provides a format for feeding back outcomes of a e-consultation. It is generally used for consultations on policies that have been designed, but it has also been used for all the different stages of the policy cycle (agenda setting, policy analysis and preparation, policy formulation, policy implementation, policy monitoring, and policy evaluation).

The part of the Scottish Government website dedicated to We asked, you said, we did shows all open and closed consultations and through the “Find consultations” window, it allows to filter for ‘title or description’, ‘status’, ‘audience’ (e.g. Animal trainers), ‘interest’ (e.g. Art, Culture and Sport) and ‘department’. The platform’s feedback mechanism helps people understand the outcomes of consultation without having to navigate complex documents.

Before publishing the results, a redaction dashboard allows the user to edit the responses in order to remove offensive words before putting responses into the public domain.

Although the platform is user-friendly and works smoothly, approximately 10% of the country can’t get online and this remains a significant barrier in the process of engaging stakeholders and citizens in e-participation initiatives.

Delib is the owner of the platform and is still involved in its maintenance, implementation and customization in collaboration with the Scottish Government. The company has been developing it iteratively since its launch in response to feedback from customers and changes in technology (e.g. the increasing use of mobiles). They also provide technical support and account management to all customers.

The Scottish Government’s Digital Engagement and Engage team (that leads the Scottish government’s involvement in delivering the mission of being an open and accessible government) jointly proposed the adoption of Citizen Space (because it met some essential criteria such as the Response publishing function, compared to other similar platforms). The Digital Engagement team is currently responsible for running the platform and for the technical and non-content related issues about the e-consultations. Moreover, they provide the connection hub between the Scottish government departments and Delib for IT issues (e.g. missing responses).

The government’s Online Communication team is involved in advertising and promoting the consultations to external citizens/ stakeholders and are also involved when a consultation is about to be published.

There is widespread (mandatory) use of the Citizen Space platform to run all government e-consultations, but the overall quality of the process depends on each single policy team of the Scottish Government. Some officials focus on very specific policies while others are much more widely cast.

The platform was initially co-funded 50% by Delib and 50% by the Central Office Information (UK government department responsible for providing marketing and advertising services to other organisations in the public sector), to provide a common way to consult across central government and publish consultations centrally.

Delib charges an annual fee to each government organisation that includes all updates, hosting, backups, disaster recovery etc. Delib uses an escalating structure to manage fees, by charging more for organisations who are larger and have a greater level of activity. Any changes made to the platform as a result of requests from organisations is rolled out across all Delib customers

The use of the platform has perceived to have intensified the collaboration between the Scottish government and citizens/stakeholders. It has also fostered improved communication amongst stakeholders themselves who have a common interest in a specific consultation.

There are concerns, however, that the platform is not able to properly capture the general opinion of the population and that some consultation questions asked through the platform were ones that the Scottish government were unable to be flexible on. Officials are now reflecting on how the questions should be posed so that the process is about change (and how to implement this) rather than about a decision to make (yes/no) and how to combine e-consultation with other tools to increase the number of people involved (e.g. Facebook etc.) as well as using traditional off-line consultations.

The responsibility for running a specific consultation is delegated to each policy team within the Scottish Government. They design the consultation, manage the process and decide whether the analysis of the results is conducted in-house or through using external analysts such as academics. Once the consultation is closed, each policy team collects the responses and report the conclusions back to Ministers. It is up to Ministers’ discretion, what to do with the responses, either through informing legislation, revising policy or doing nothing.

A specific interest group or a stakeholder organisation (e.g. COSLA or the NHS Scotland) may also ask the Scottish Government to run a consultation about a topic of interest using We asked, you said, we did.