Digital Natives on Digitalisation in Public Administration: Remarks from our Young Researchers 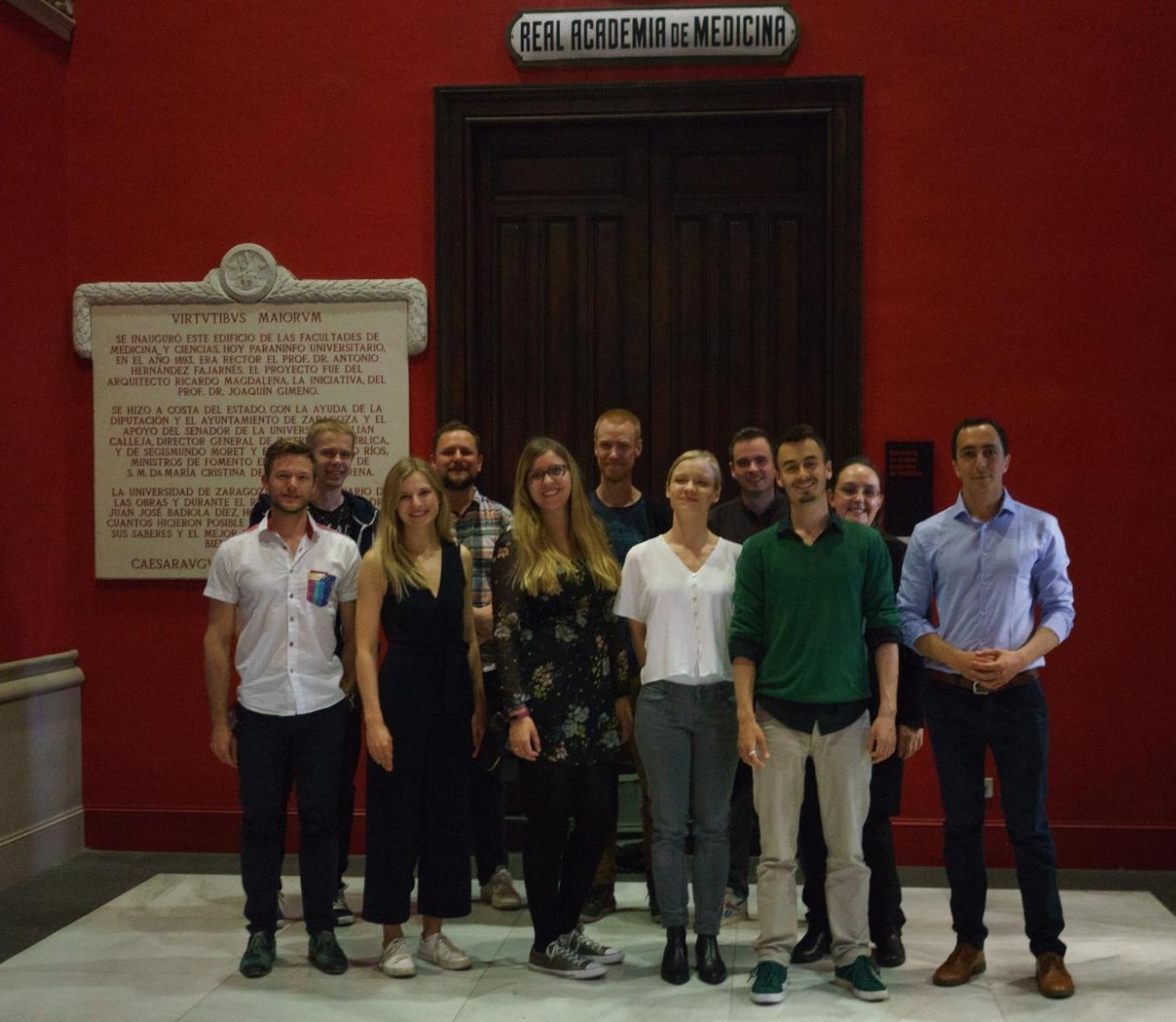 “Our “TROPICORNs” during a working meeting at the University of Zaragoza

Already in 2001, the educationalist Mark Prensky used the term “Digital Native” to describe young people who grew up with the so called “new technologies”. The immense changes that the technical development has brought since then could only be guessed at that time: smartphones, social media, block chain and artificial intelligence – these are just a few buzzwords to describe the technical progress since Prensky wrote his essay. Many of these developments have had a significant impact on people’s everyday life. Despite their disruptive characteristics, social media, digital assistants, online banking and other technical achievements have long been part of everyday life for the majority of the digital natives. Most of these technical innovations were driven by the economy. By contrast, with a few exceptions, the public sector is often regarded as lagging behind in terms of digital transformation.

“Young people perform many everyday tasks using an app. I can open a bank account with an app. So, why can’t I use an app to register a new place of residence or use block chain to have my university certificate authenticated? The ‘start-up state’ Estonia shows that a nearly completely digitalised administration is possible. However, the example of Estonia also reveals that institutional structures and a certain flexibility are crucial for implementation”, Nora Carstens from the University of Potsdam argues. “All or at least most administrative services should be offered digitally. Our generation does not want to visit a public office for every little matter. I believe that digitalised administration is essential, especially in rural areas where people have to travel long distances”, says Jan Fjornes from the Potsdam team. “However, this process is not trivial. Issues of administrative culture, path dependencies, political will, legal restrictions or data protection concerns could be possible obstacles”, Nora Carstens adds. “TROPICO offers an excellent platform for identifying and discussing these possible barriers, but also potentials. I am sure that practitioners in the administrations will benefit from this”, says Vidar Stevens from the Erasmus University in Rotterdam.

However, digitalisation is not just about filling out forms online. “For example, technological innovations enable governments to employ ICT based on artificial intelligence and machine learning, ranging from speech analytics used for real-time translation in public service to predictive analytics and data visualization that could help governments to predict water levels, the outbreak of wildfires, or even the occurrence of crises, thus giving the opportunity to take preventive action”, Camilla Wanckel from Potsdam says. “However, governments do not only need to establish the capacities, structures, and processes necessary to implement AI technologies, but also have to agree on regulations specifying data protection and security, responsibilities and accountabilities, as well as an ethical framework within which AI governance can operate”, she continues.

A further opportunity of digitalisation that the young researchers mention, is a strongly accelerated and constant interaction between the state and its citizens. Many scientists and practitioners see digital participation instruments as an opportunity for citizens and other stakeholders to collaborate much more intensely in the political decision-making process. “However, visions such as the “Wiki-Government”, in which citizens work together with politicians on bills similar to the concept of Wikipedia, have so far only remained an ambitious wish. Many eParticipation projects fail to meet the high normative expectations. This is not only for technical reasons. Here, too, there are many indications that the administrative context plays a decisive role for success. That is what we focus on in the TROPICO project”, says Andree Pruin from the University of Potsdam. Citizens’ input can also occur in forms other than eParticipation. “Initial projects use citizens somewhat as ‘lenses’ that provide important indicators for better policy formulation. For example, their mobility behaviour when cycling is monitored by using their smartphones GPS data in order to obtain statistics for optimal traffic planning. But not every citizen wants to be so exposed”, Andree Pruin continues.

In a nutshell, it seems that our young researchers have high expectations regarding the digitalisation of public administration, but they also recognise the barriers and limitations. “The young generation is not naïve. Digitalisation is not the solution to every problem. But it can potentially help to make states work more efficiently. We hope that our research will have a practical impact on making governments more open, collaborative and innovative. I think that our perspective as digital natives can be very enriching for the TROPICO research”, Amandine Lerusse from the KU Leuven says. “We just have really exciting discussions that the “old hands” don’t have”, Andree Pruin adds. “The synergies that arise from this help not only us personally, but also the project”, he concludes.