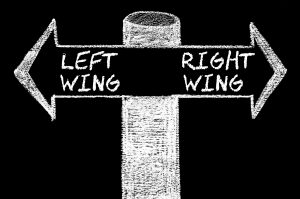 In TROPICO Work Package 3 (WP3): Transformation of Individual Drivers and Barriers of Collaboration, we intend, among other objectives, to understand the extent to which public officials consider such secondary policy objectives when they collaborate with the private sector. The WP3 team examines the association between politicians’ political ideology and their consideration of price and secondary policy objectives in Belgium. Politicians’ stated behaviour is investigated through a discrete choice experiment.

The first results of this research indicate that left-wing and right-wing politicians’ preferences for the secondary policy objectives are significantly different.

Whereas our research findings show that price is still at the core of government contracting, the results also indicate that politicians’ political ideology is associated with their preferences for the secondary policy objectives. It has important implications for government contracting as it shows that the process might not be apolitical. These findings could be explained through the ideological position of the left-wing and right-wing parties. Whereas left-wing politicians are traditionally oriented towards the development of social values, right-wing politicians are often associated with the development of innovative solutions. The study also suggests that policy objectives are not solely attained by the public sector, but that the private sector can also help the public sector in achieving some of the policy goals. Moreover, although this point has not been examined in this study, the private sector can also provide more innovative solutions and new ideas for the delivery of public services. Further analysis needs to determine whether we can consider such collaborations between the public and private sector successful or not.