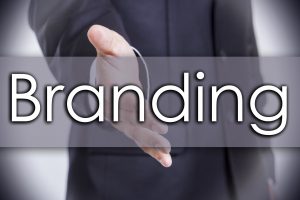 Branding has emerged rapidly as an important governance strategy in the public sector all over the world. Politicians use branding, including brand elements like slogans, wordmarks, and logos, to construct an identity that is attractive to voters. Branding is also frequently used to promote public organizations, policies or services.

A brand is “a symbolic construct that consists of a name, term, sign, symbol or design, or a combination of these, created deliberately to identify a phenomenon and differentiate it from a similar phenomenon by adding particular meaning to it”.

Branding is also a strategy that differs significantly from most other ‘well known’ governance strategies as it relies more on visual images, on associations that actors have with the brand, and last but not least – on emotions rather than logical or financial arguments. The aim of branding is mainly to create associations and images in the mind of actors. Hence, branding aims at creating support (and legitimacy) by binding actors to an idea and creating identity.

Certainly, one of the most used forms of public branding is ‘place branding’. Place branding refers to the development of brands for geographical locations with the aim to trigger positive associations about this area, and so to distinguish the place from other places. For example, the city of Amsterdam used the place brand ‘I Amsterdam’ to imbue the city with meanings such as ‘inclusion’ and ‘exciting’. As such, the strategy of place branding influences people’s ideas by forging particular emotional and psychological associations with a place. Interestingly, the brand perished under its success. Recently the municipality, in a policy to diminish the number of tourists, cancelled the brand which was very well known and used a lot.

Originally most of the branding campaigns were developed fairly top down. The brand idea with its main associations was developed and ‘rolled out’ through various communication channels (TV, newspapers, advertising campaigns) towards various target groups (citizens, companies, tourists etc.). However, branding literature now increasingly acknowledges that branding actually involves co-production by target groups and that these target groups should be included in both the brand construction process, and the brand implementation. Including stakeholders can ensure a well-designed brand that fits the needs of stakeholders. It also enhances the support for the brand and the likeliness that stakeholders will actually use the brand in their own communication and advertisement. This so-called ‘word of mouth’ is considered a very important element of brand effectiveness. After all, if stakeholders themselves communicate the brand to the outside world, credibility of the brand increases!

Research into perceptions of companies about brand involvement

An interesting question is how, according to companies engaged in a branding campaign, the brand should be organized. Building on three different theoretical perspectives on branding (branding as selling mechanism, branding as value enhancer and branding as community builder), we developed various statements and tested them with companies involved in a branding campaign (Rotterdam makers district in Rotterdam) to find out which orientation on branding companies they prefer[i]. We found four different profiles (groups of respondents that more or less share the same perspective), presented in the table below.

Table: Similarities and differences between the four profiles of company respondents 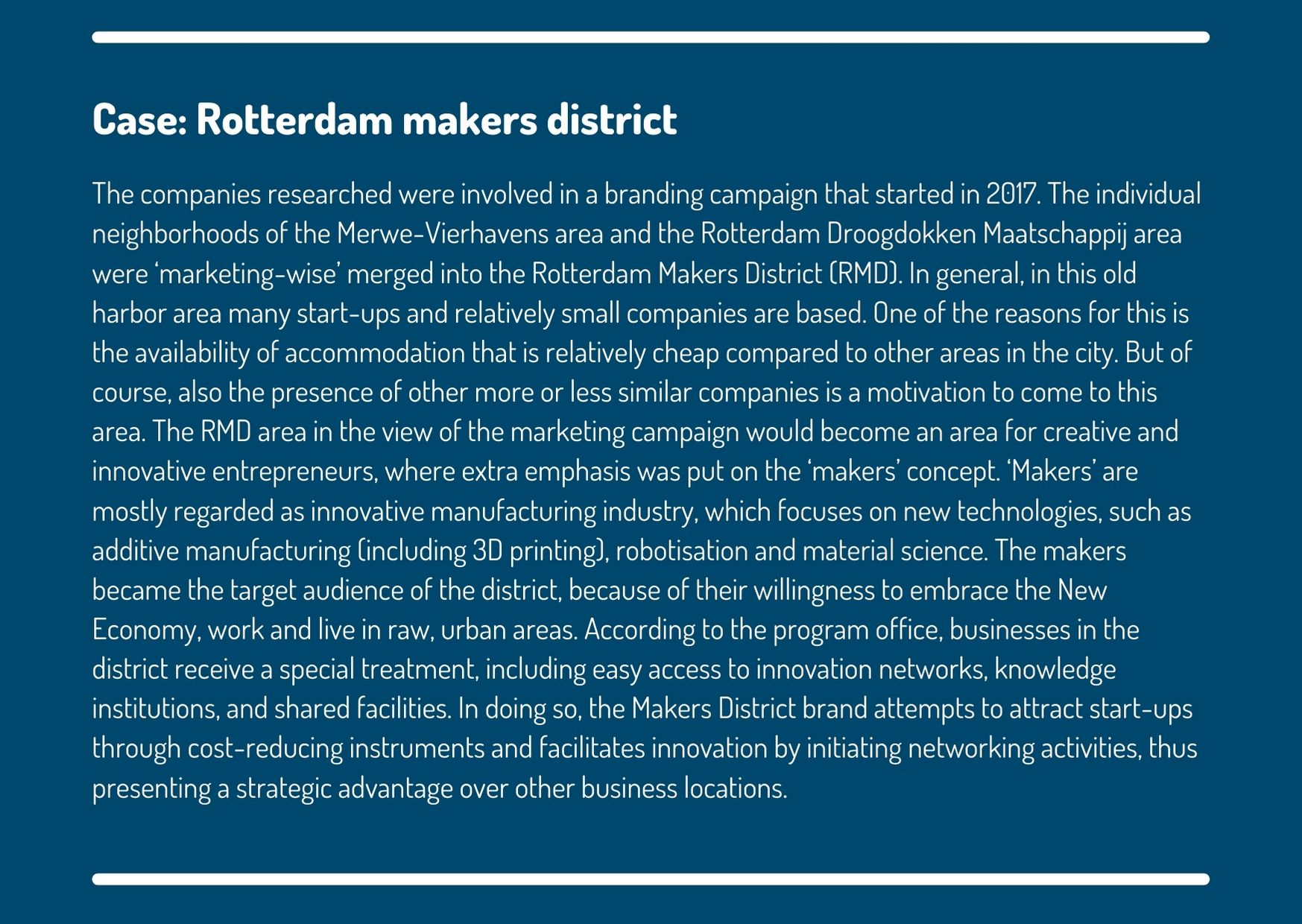 If we look at the table, there are certainly differences between the profiles. However, two important aspects stand out in all four profiles: the idea of collaboration and the necessity for attention and transparency on the organization of the branding process. For example, the Community-creation profile has a strong focus on collaboration and cooperation. The aim is to build a strong community. Moreover, within the Place-building profile respondents have a strong process-orientation, and they highlight the need for a dialogue. Within the Non-private selling profile, respondents also highlight the importance of collaboration by indicating that attracting new financial investments by promoting the area to external parties is crucial.

In our research, the need for (local) governments to include stakeholders and become more transparent is clearly supported. The companies we studied emphasize that branding is also about including relevant stakeholders, organizing opportunities for deliberation and taking the time for structuring a transparent process. This shows the importance of finding ways to allow multiple stakeholders to leave their mark on the branding process, both in its design and implementation.

[i] Using Q methodology, a research strategy where respondents have to rank statements and preferences are analysed and grouped using factor scores.

You can read the full article on the research presented in this blog post here.