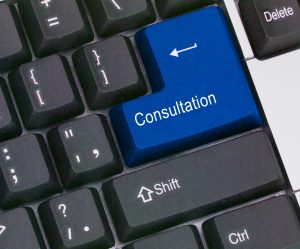 Involving people in policy-making through collaboration and/or participation is generally a good thing. Policy-makers themselves often pay at least lip-service to the importance of giving citizens a say. In the academic literature, collaborative and participatory governance has been generally seen as improving the quality of democracy – as is also assumed in the TROPICO project. In particular, participatory techniques are advocated as a way to remedy the alienation of voters from politicians who seem to be oblivious to the concerns of the ordinary citizens, with an ensuing decline in public trust in government. Representation by political parties is ridden with problems, so the argument goes, and in any case it is overly focused on the act of voting in elections – a one-off event once every few years which limits citizens’ ability to control the policy agenda. On the other hand, various forms of public participation are expected to educate citizens, help develop a civic culture, and boost the legitimacy of decision-making. Consequently, practices to ensure that citizens can provide direct input into policy-making are to be welcomed on both pragmatic and normative grounds.

We do not disagree with these generally positive expectations. However, the main objective of our recent article in Policy and Politics is to inject a dose of healthy skepticism into the debate or, more precisely, to show that there are circumstances in which public consultations will achieve anything but greater legitimacy and better policy-outcomes. We do this partly by discussing the more questionable assumptions in the scholarly literature, and partly by examining a recent, glaring example of the misuse, and abuse, of popular input.

Our case study is Viktor Orban’s national consultations in Hungary, probably the most wide-scale consultative exercises in contemporary Europe. The Orban government repeatedly sent questionnaires to every household in the country in some 8 million copies, allegedly to channel public preferences into decision-making on issues from unemployment to how migration should be handled by the EU. However, to mention just the most important shortcomings, the weakness of procedural guarantees and bias in the framing of questions marked out the consultations as a tool of political manipulation and propaganda rather than a genuine instrument for participation – pointing to the importance of the institutional frameworks we studied in TROPICO Work Package 2.

Our conclusions are not to recommend avoiding the use of consultative and participatory instruments. They do have an important role when the conditions are right – but only then. We aim to help deciding when that is by proposing five requirements: posing questions that allow for citizens’ autonomous choice; strong procedural guarantees to ensure a balanced debate and verifiable outcomes; the result to at least have the potential to settle actual policy; cost-effectiveness; and political communication that is truthful about the aims and consequences of the vote. Hungary’s national consultations – organised by a populist government – obviously fail these tests on all points. And, while we differentiate between referendums and consultations in the article, Britain’s Brexit debacle also illustrates what failing these standards looks like: Ask an inappropriate question to under- or misinformed citizens, fail to ensure a healthy public debate, leave all policy options open, waste public resources, and finally use the ‘popular will’ as an excuse.

An earlier version of this blog post was published on the Discover Society – Policy and Politics blog  on  5 June 2019.

You can read the original research in Policy & Politics: